The other night I came across a fascinating account of a guy who decided to practice his exposure to rejection. His name is Jia Jiang, and for 100 days, he challenged himself to getting rejected in public, something he was deathly afraid of, having been rejected in public as a small kid in elementary school.

I’ve decided to, inspired by Jia Jiang, to start my own 100 Rejections Challenge. Inside my bullet journal, I numbered 1-100 and decided that anything that could possibly end up with a rejection, could go in there. 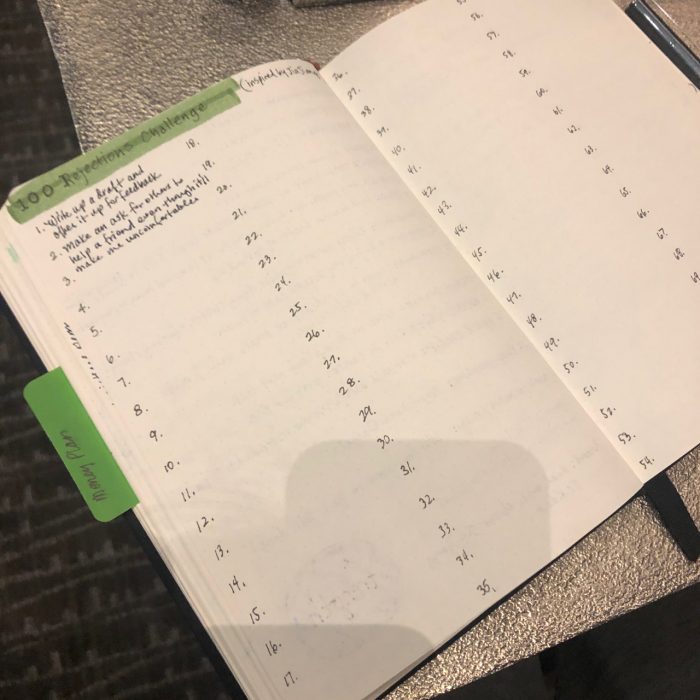 Applying for a writing conference like Bread Loaf, for example, is going in there.

Asking others to help out a grieving friend for the third time was another.

Writing up a draft for a client knowing that it may not be well-received went in there too.

At some point, I’m going to try higher-stake ones, such as querying my novel, writing Medium articles and hitting publish (even if no one ever claps for it)…

Pitching and submitting pieces and ideas to magazine or literary journals…

Going to a social event and talking to at least one stranger.

Taking an improv class and not rushing home as soon as it ends.

Perhaps joining a writing group or signing up for a writing class here in Austin.

Posting a poem on my blog even though I’m the furthest thing away from being a poet (here we go: see below).

My intention for this challenge? To be more brave, more courageous, more badass. To be fearless, I must be able to face fear in the eye and say, “You’re not as scary as I thought.”

On that note, here is my attempt at a poem I wrote earlier this morning (having gotten up at 5am to try a new habit to awake early to write, a la Toni Morrison): 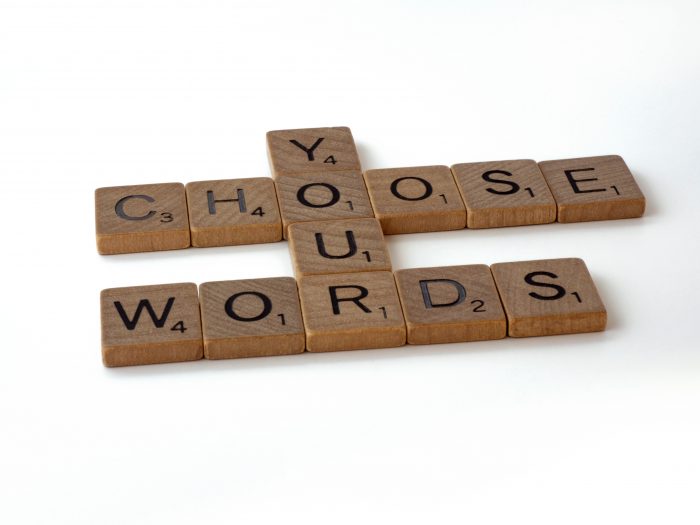 I spent the morning drenched in words
For an hour I sat, saturated in poems
three women poets
Lost in words
Laced in lust
Love like lace
lulls a lullaby
of lavished imagery

lily
View all posts by lily →